News from the shop and farm 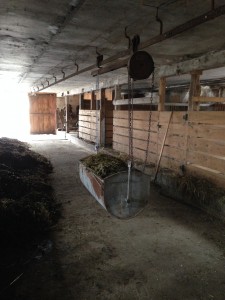 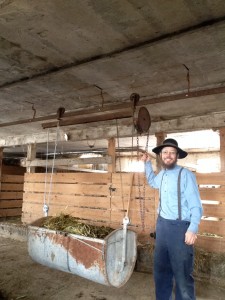 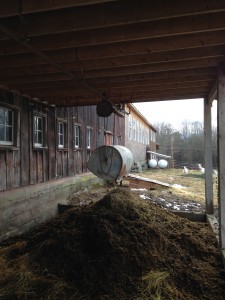 It’s been way too long since I wrote a piece for this blog! I’ve not been idle though, quite the contrary. After making several White Oak rockers and a maple rocker, along with working on a lot of pieces for a large White Oak chair and bench order, I spent some time installing a litter carrier for the barn to assist me in cleaning the manure out that the horses produce during their winter quarters in the barn.

This greatly helps me in effort and time to get the manure hauled out to the holding pad outside and under roof where it is stored until spring, whereupon we load it into the spreader and spread the manure onto the hay fields before the grass is very tall, thus fertilizing them.

A litter carrier is a contraption on a track that is suspended from the ceiling and rolls a trough along its length. A chain and gear system raises and lowers the trough to workable height so I can fork the manure into it, then raise it to roll it along the track and outside the barn to the holding pad. A trip latch releases the trough from its upright position, thus dumping the load onto the pad. I then upright the trough and roll it back into the barn for another load.
This sure beats the old wheel barrow method where I had to wheel the barrow out through the snow and up a plank placed on the pile to dump. Now I can spend more time in the shop!